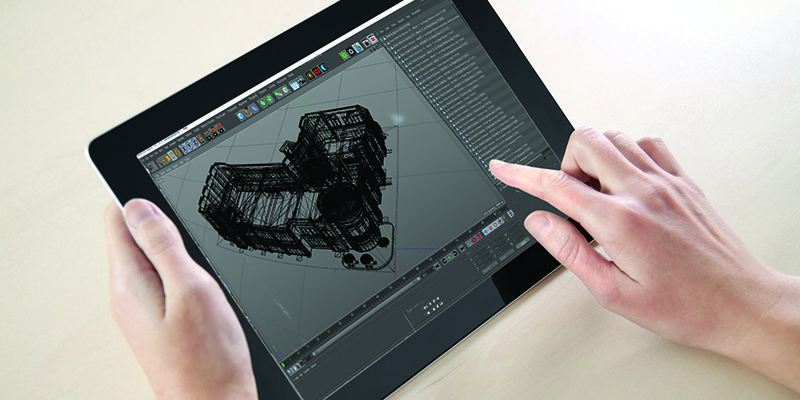 The following provides background information on the various steps that are taken by QA Graphics’ 3D Modelers to complete a project such as D.R.A.’s Prairie Trail expansion. Each step is as important as the next to create an image that is both convincing and the best quality for our customers.

To view the fly through video of the completed project click HERE. 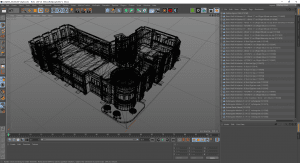 Once the initial consultation is done and the scope of work is given, QA Graphics collects the wireframe of the building models that the Architect has already created to export from their Revit files and import into Cinema 4D. The wireframe file is made up of all sorts of shapes, lines (straight and curved) in many sizes and combination to create the image. If the Architect does not have these files already created QA Graphics also has the skill to create their building models from scratch. When a 3D file comes from a CAD program like Revit or AutoCAD, the program generates lots of detailed geometry and shapes that are not always necessary to create lifelike renders. Reducing the geometry and optimizing the existing 3D files helps to increase performance and reduce the time it takes for the computer to generate images. An example would be removing the interior parts of an object that would remain unseen in the final product.

In order for a 3D render to look convincing, it needs to have accurate/appealing materiality. The material of an object is significant because it can embody anything from the soft, green leaves of a tree to the cold, gritty surface of a brick wall. Materials and textures can be created from photographs of different surfaces or created from scratch. The textures are then repeated across the surface of a 3D object and tested under different lighting conditions to be sure they behave accurately. This infuses your graphic with life bringing vividness, warmth, and beauty to the end result. If one is off, it shatters the whole illusion of reality. 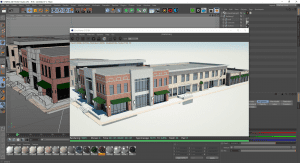 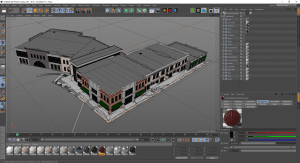 Using carefully created files from the architect/planner, the environment is created in which buildings and objects will later be placed. Grassy areas, sidewalks, roads, and parking lots are laid out and textured in a manner similar to that of the buildings to create a virtual landscape to make an image look “real”. Once the majority of the landscape is laid out, each 3D building is placed into the environment according to architectural drawings. More detail is added to the scene such as bushes, trees, and a light pole to give it more life and complement the buildings and structures. Accurate lighting is added to the scene and adjusted to make use of light and shadow in creating eye-catching compositions giving our image more height, width, and depth. 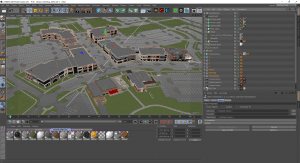 What you see in the 3D virtual world has to make sense from one scene to the next. When animating any object, it’s important to think about how things behave in the real world. We expect a high degree of realism in everything we see. If things don’t animate the way viewers expect, they might sense that the motion is too jarring and could lose their suspension of disbelief, from lighting to perspective, to blurring an object.

An example of this is a vehicle attempting to stop. When the driver applies the brakes, it doesn’t immediately stop. It gradually begins to slow as the brakes try to stop the mass of the vehicle. By the time it reaches the stopping point, it is moving at a snail’s pace. Motion blur is often added to an animation to convey fast movement. This helps smooth any jarring transition between frames of animation relaxing the viewer’s eye and allowing it to focus on the content. 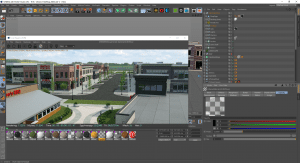 As each area is created, it’s important to preview it by doing quick “test-renders” to see how the computer calculates what will be shown on the screen. These renders are not the final product so they will often be of significantly lower quality and take much less time. The arrangement of elements, lighting, materials, and composition all come together in these previews allowing for fine-tuning and finishing touches. Sometimes these can be useful for showing to the client and getting feedback in return. A scene can undergo many changes before it reaches finality. 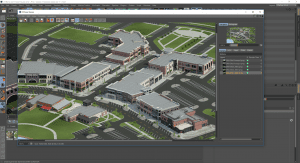 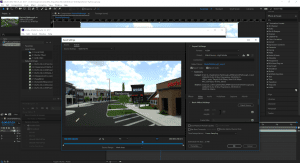 All the factors we’ve discussed so far are decisions to be made and details to be modeled inputting a 3D image on the screen to appear and move realistically. The finished product creates a nice piece for the client to use as they choose.