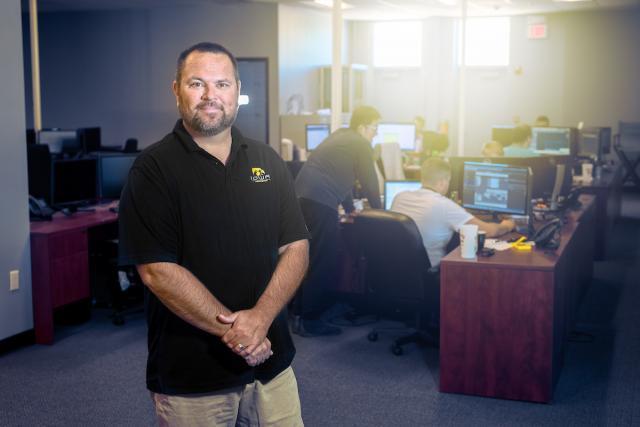 “Since 1978, we’ve been to almost every home football and basketball game, so I’ve spent a lot of my years in the city I’ve admired all of my life,” McCarty says.

When it was his turn to attend the UI, he quickly discovered a new home in Iowa City.

The 10 members of McCarty’s family to graduate from the UI:

“When I came to college, Ankeny was a fairly small town. However, coming to the University of Iowa was a very welcoming experience,” he says. “I found a small, community-oriented environment intertwined with the university I have always loved.”

The diversity of the UI exposed McCarty to different people and experiences that have had an impact on his life.

“The experience of being a Hawkeye is hard to put into words,” he says.

Now president of his own business, QA Graphics, McCarty values the education he received at the UI more than ever.

“I started my company with just three full-time staff members and now staff over a dozen employees who collaborate with organizations around the globe,” says McCarty. “It just proves what can happen when you work hard to reach your goals.”

A role model for current Hawkeyes aspiring to be entrepreneurs, McCarty has grown his small business into the industry standard for high-quality 3-D graphics.

All of McCarty’s current employees are graduates from universities across the Iowa, and he hires Hawkeyes whenever he can.

Article was written by: Kate Huber